A brilliant turnout at the Christmas Fayre today. A big thank you to the Friends of Kilnwood Vale for all of their hard work organising! 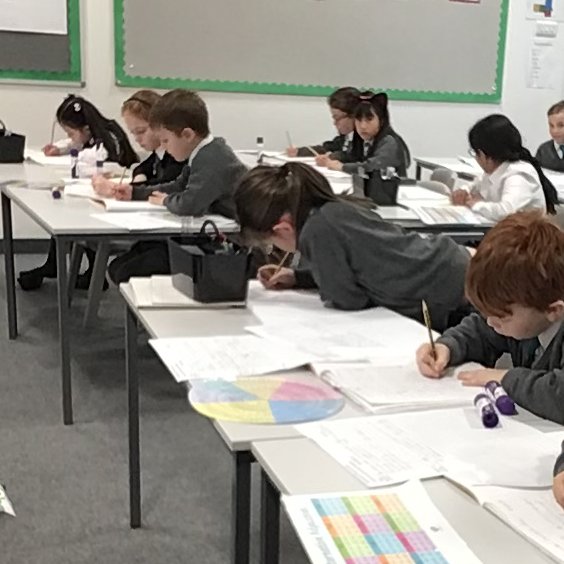 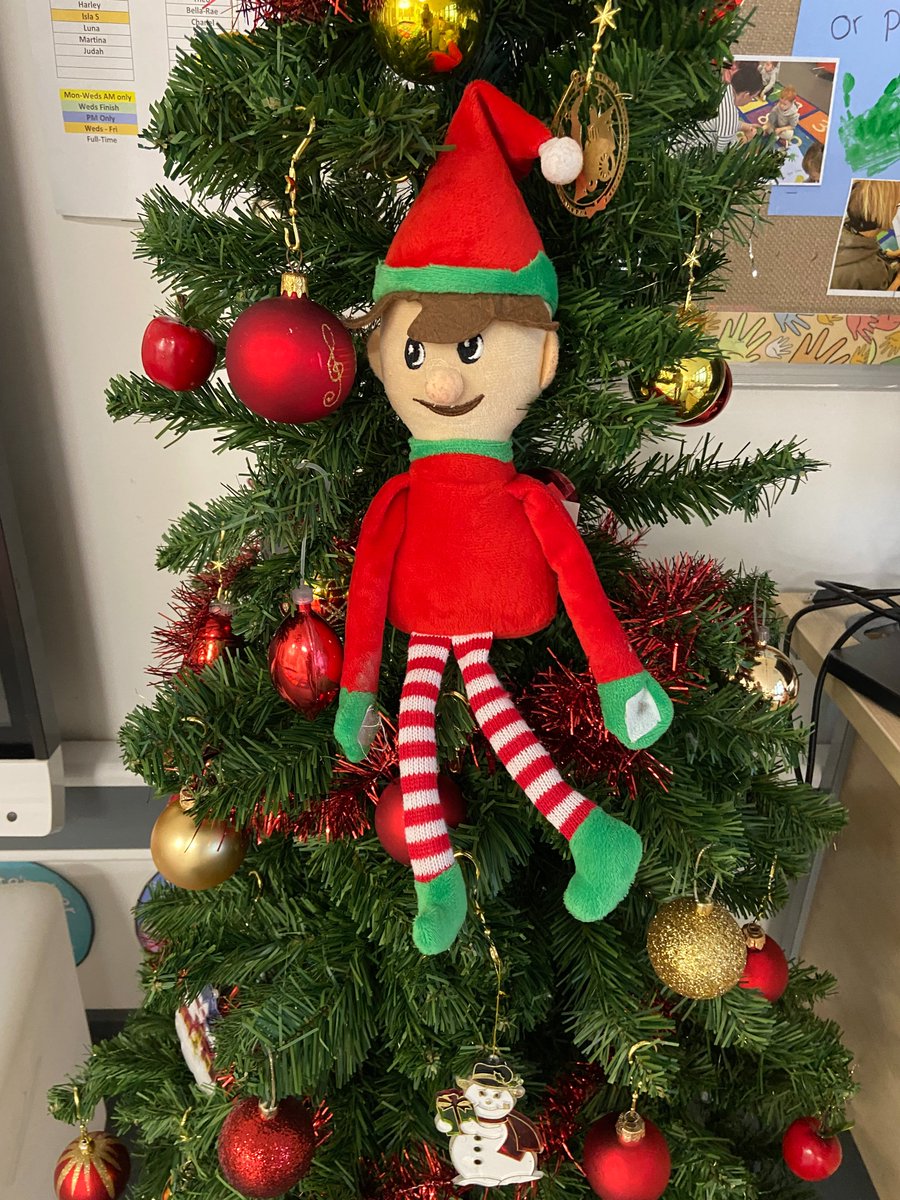 Christmas has arrived in nursery, we have a Santa's workshop, a winter den and we have the arrival of Jingle the elf. https://t.co/yxcMYFuVpb 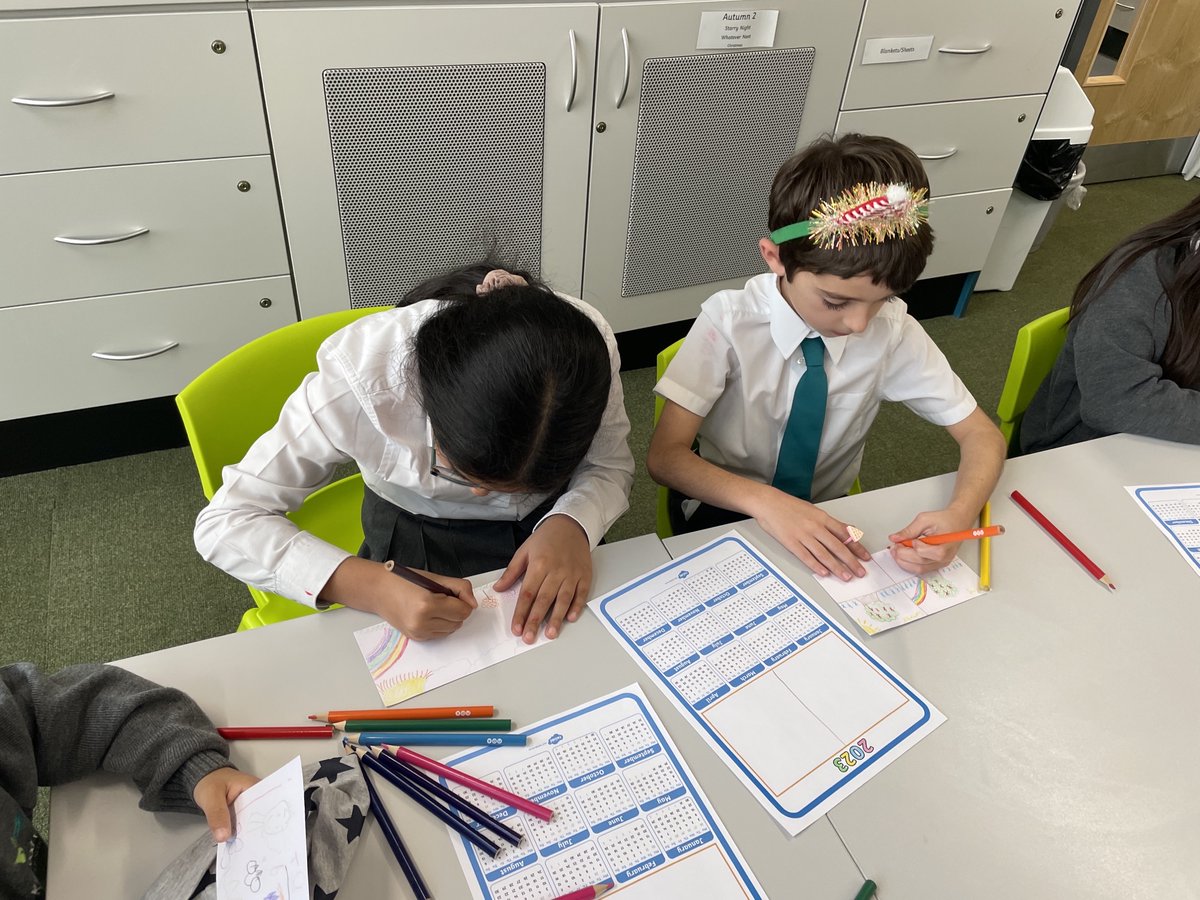 It has been lovely to see so many children enjoying the clubs we run. Arts & Crafts proved a real hit last night! https://t.co/a9Du7EvEj6

We are really excited to share a video highlighting our school values and some of the wonderful things that happen at Kilnwood Vale Primary School! https://t.co/B7Z1NBYr0e

This week in nursery we have been exploring the artic, we created our own igloos using marshmallows. The children have also been feeling ice and discussing if it was hot or cold. https://t.co/6KWhdedvjS 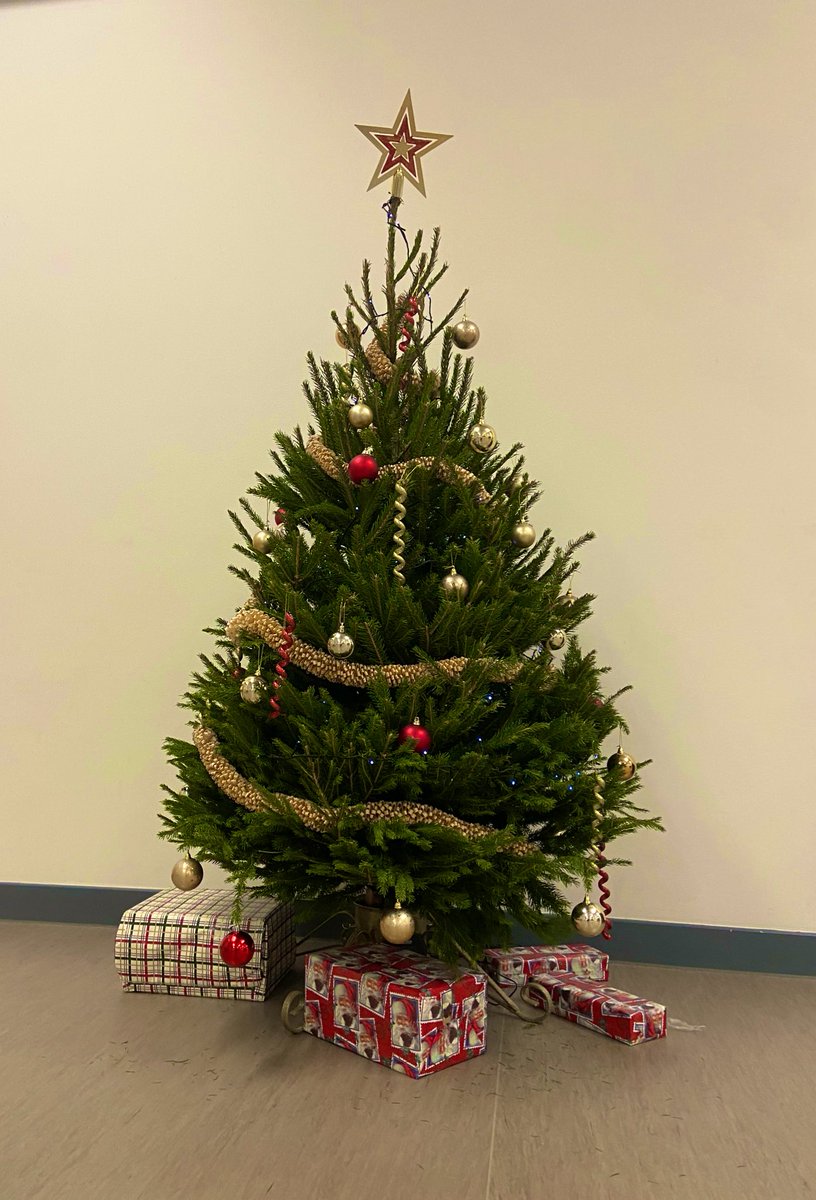 It’s beginning to look a lot like Christmas at Kilnwood Vale! 🎄 https://t.co/TWFpJg7gGe 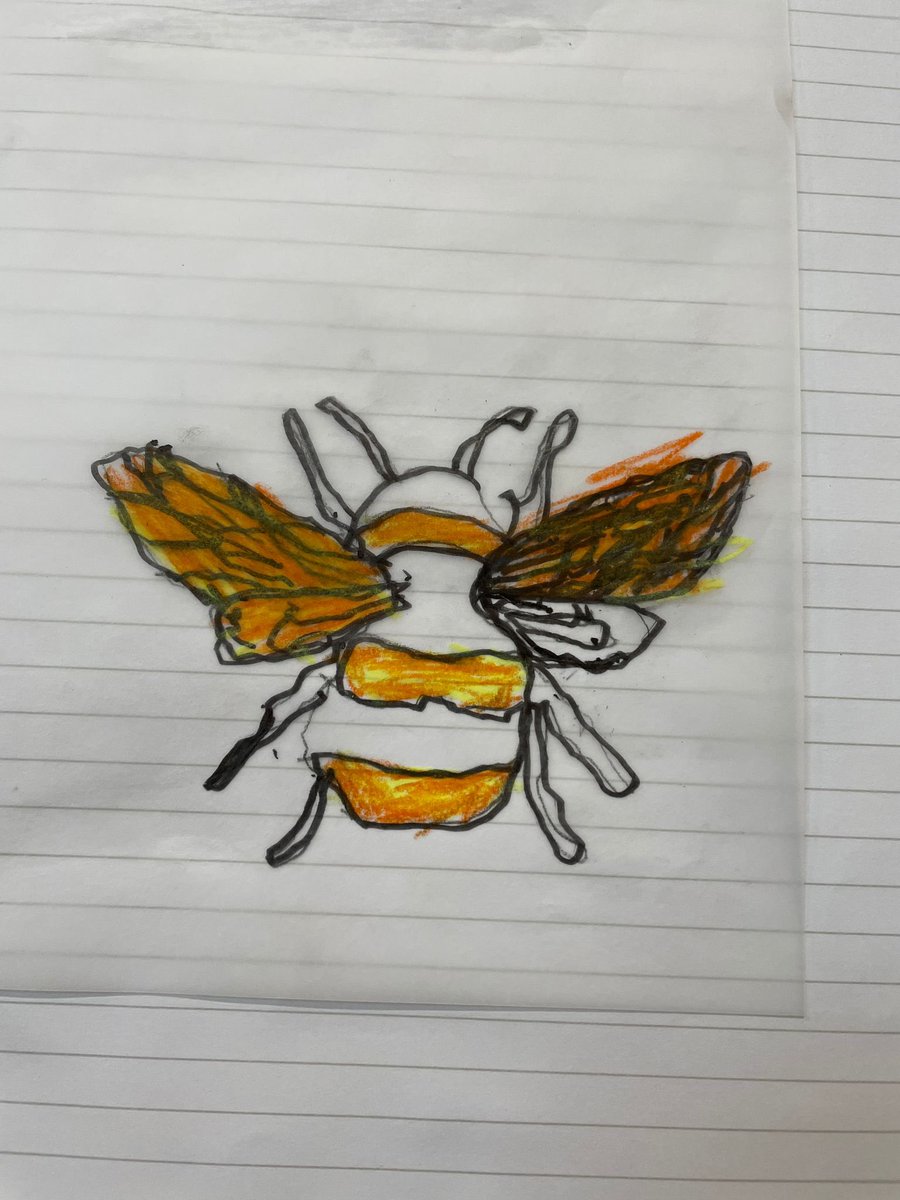 There was a buzz in Year 2 today as they mixed their art and science learning to trace these fine bees! 🐝 https://t.co/c3KLc5lSOT 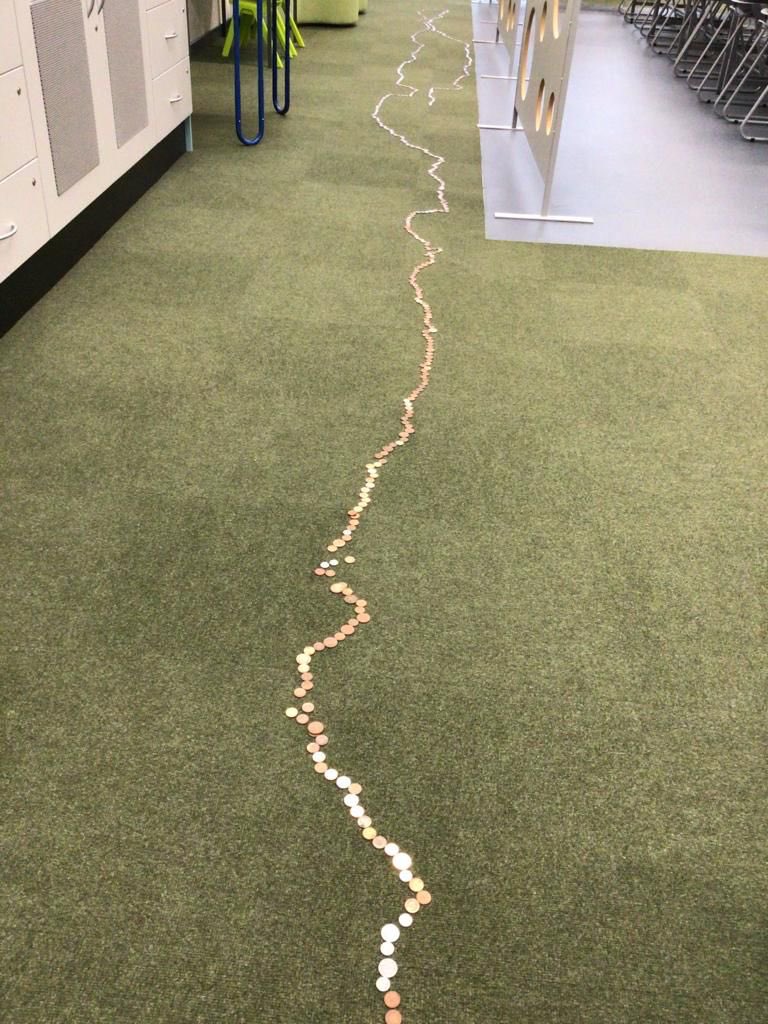 Some more photos of our ‘penny trail’ for @BBCCiN! https://t.co/8YCTf4yYcO 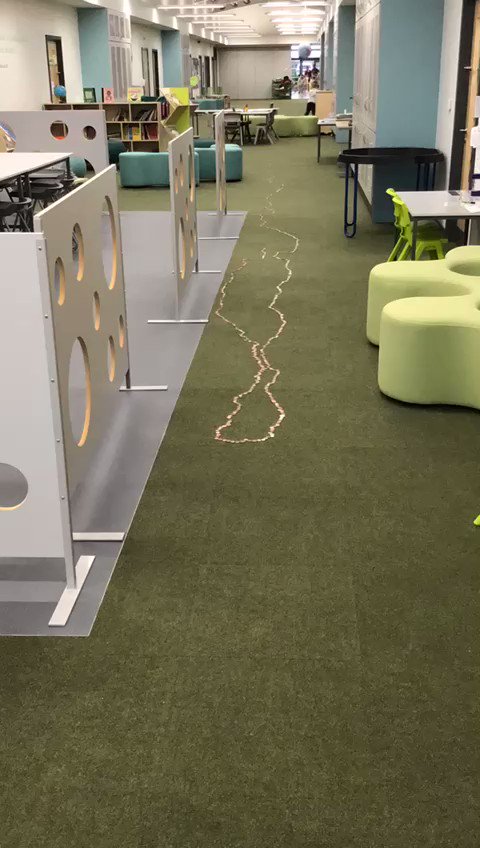 A huge thank you to everyone who donated pennies to contribute to our ‘penny trail’. All proceeds are going to @BBCCiN! https://t.co/6VD3UjZGR0 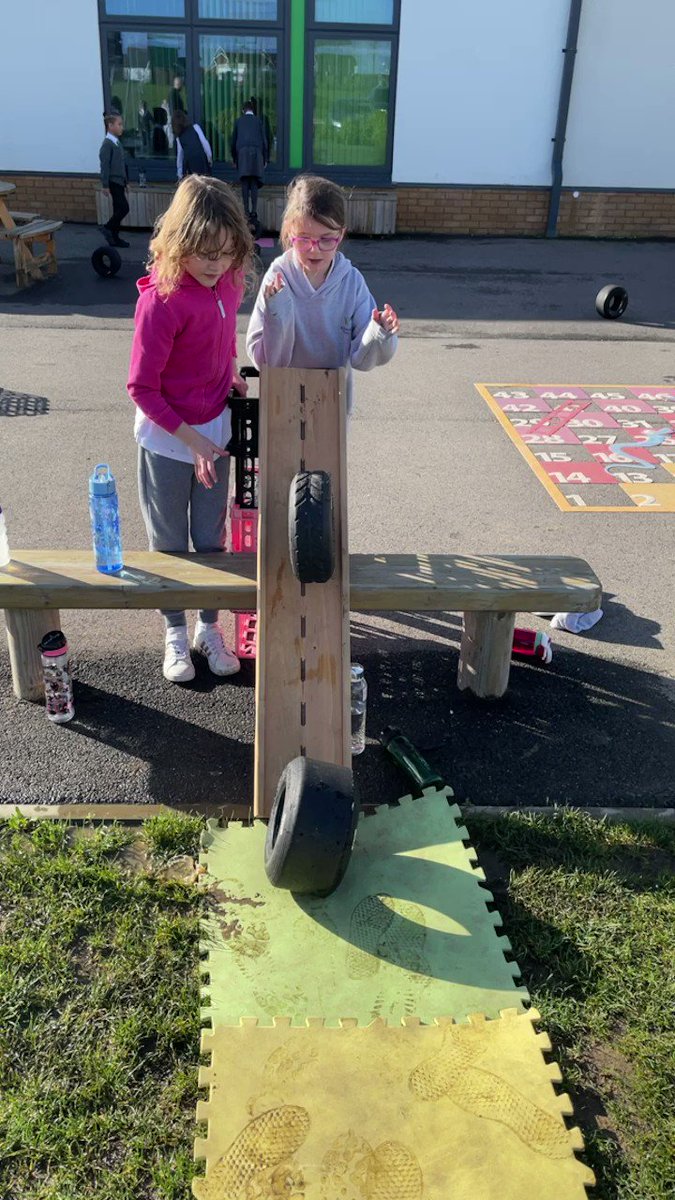 The new play equipment is proving a huge hit with the children! https://t.co/MOF0IFlHts 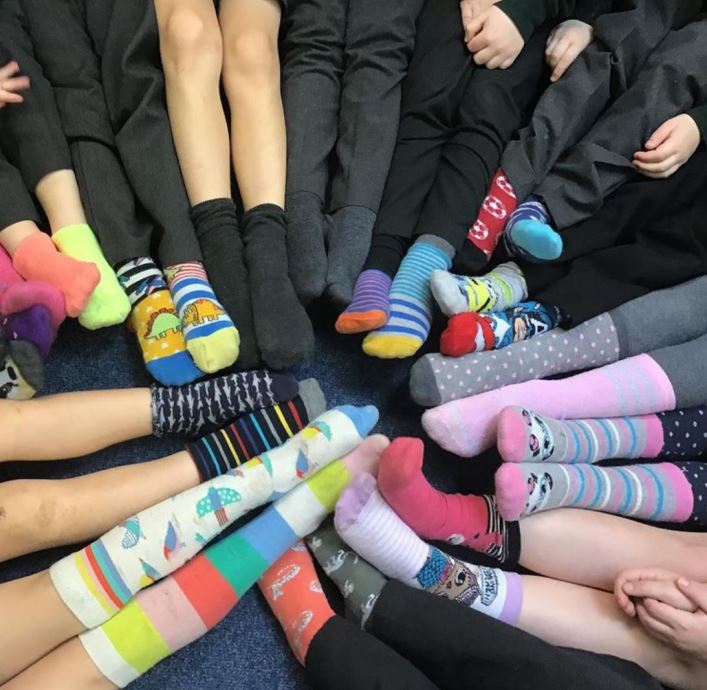 It was fantastic to see so many children and staff wearing their odd socks yesterday as part of our Anti-Bullying Week. @ABAonline https://t.co/l4V7NdineD 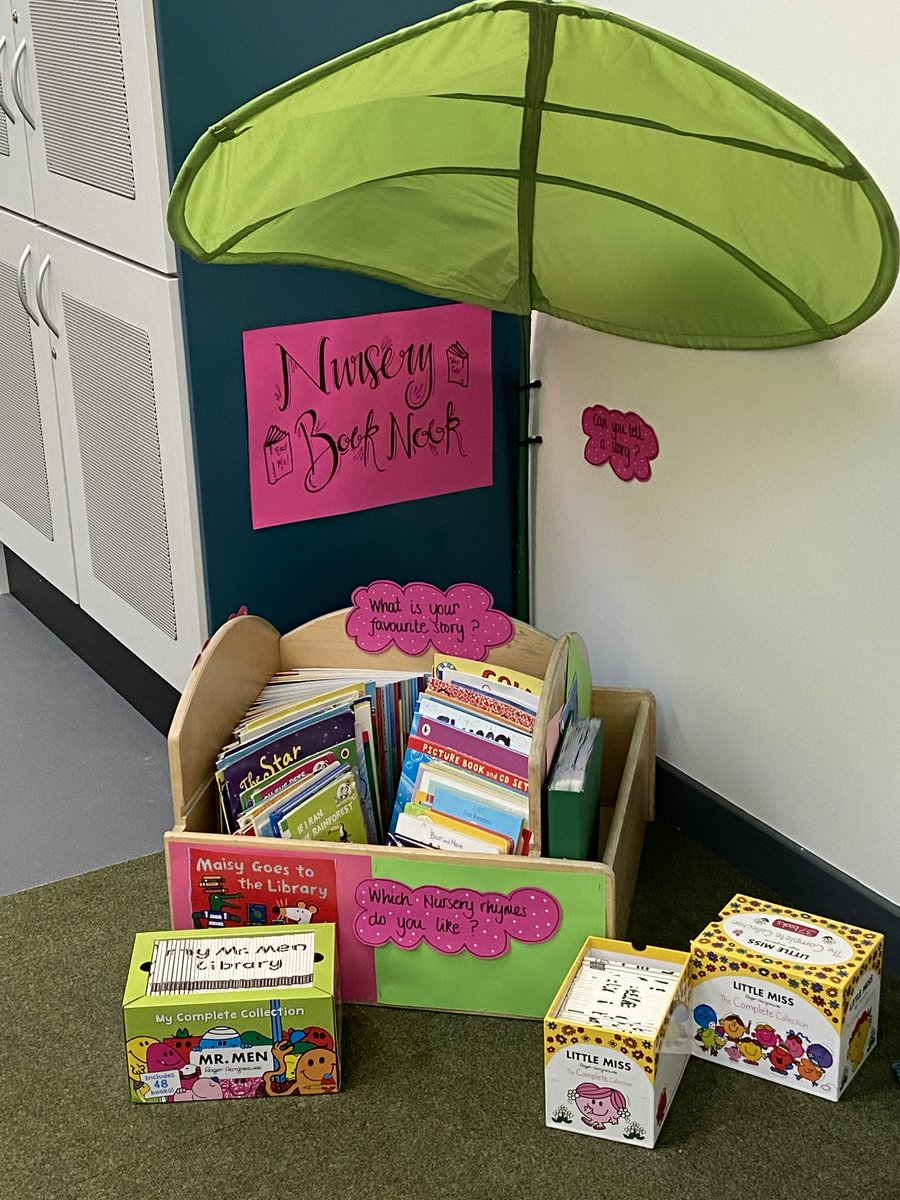 Nursery have a very exciting new “book nook” where we develop the skill of independence in choosing our own books to take home and share. https://t.co/Q7adxi2DQi 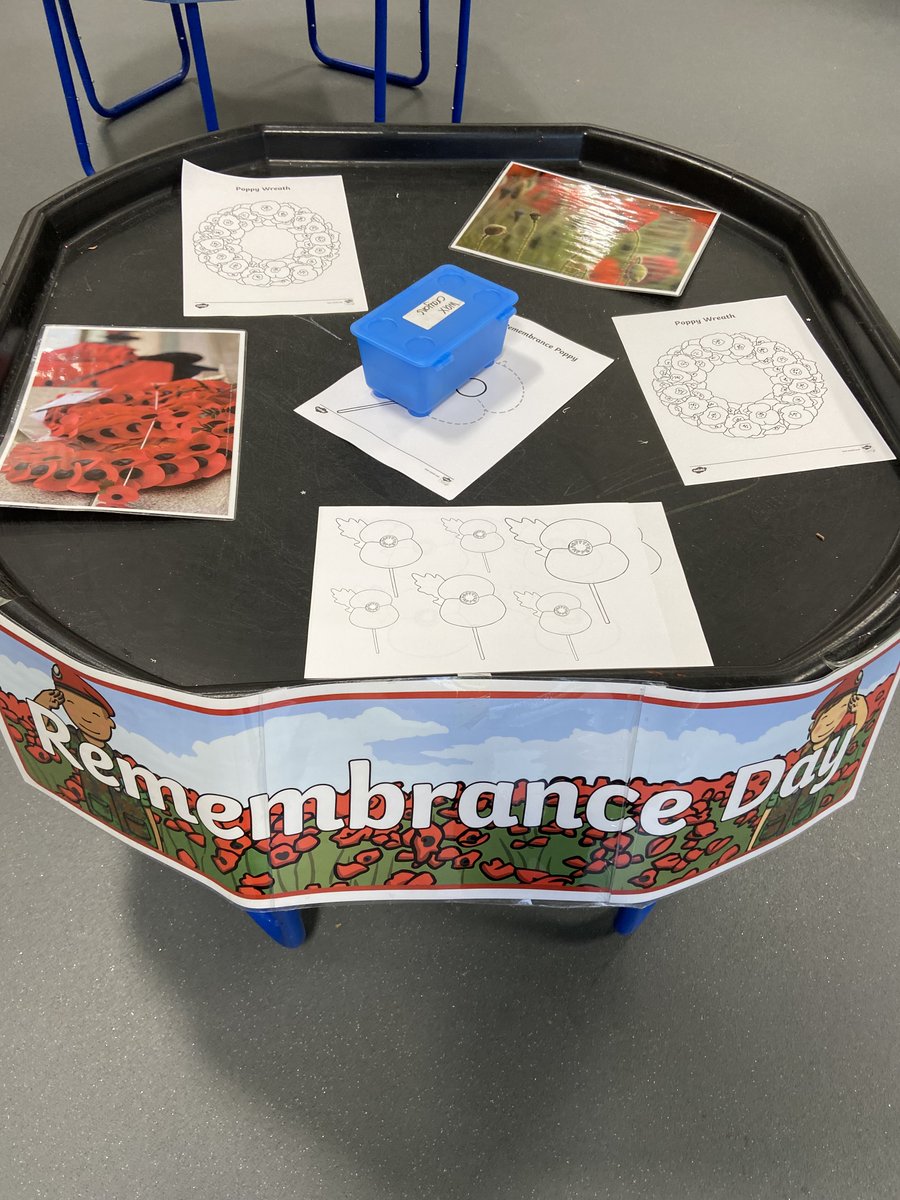 Nursery have been very busy again his week, exploring Remembrance Day, creating our own poppies and considering people that are important to us and what they do. We have also created our own versions of Stick Man from our class book! https://t.co/HwbRxosppy 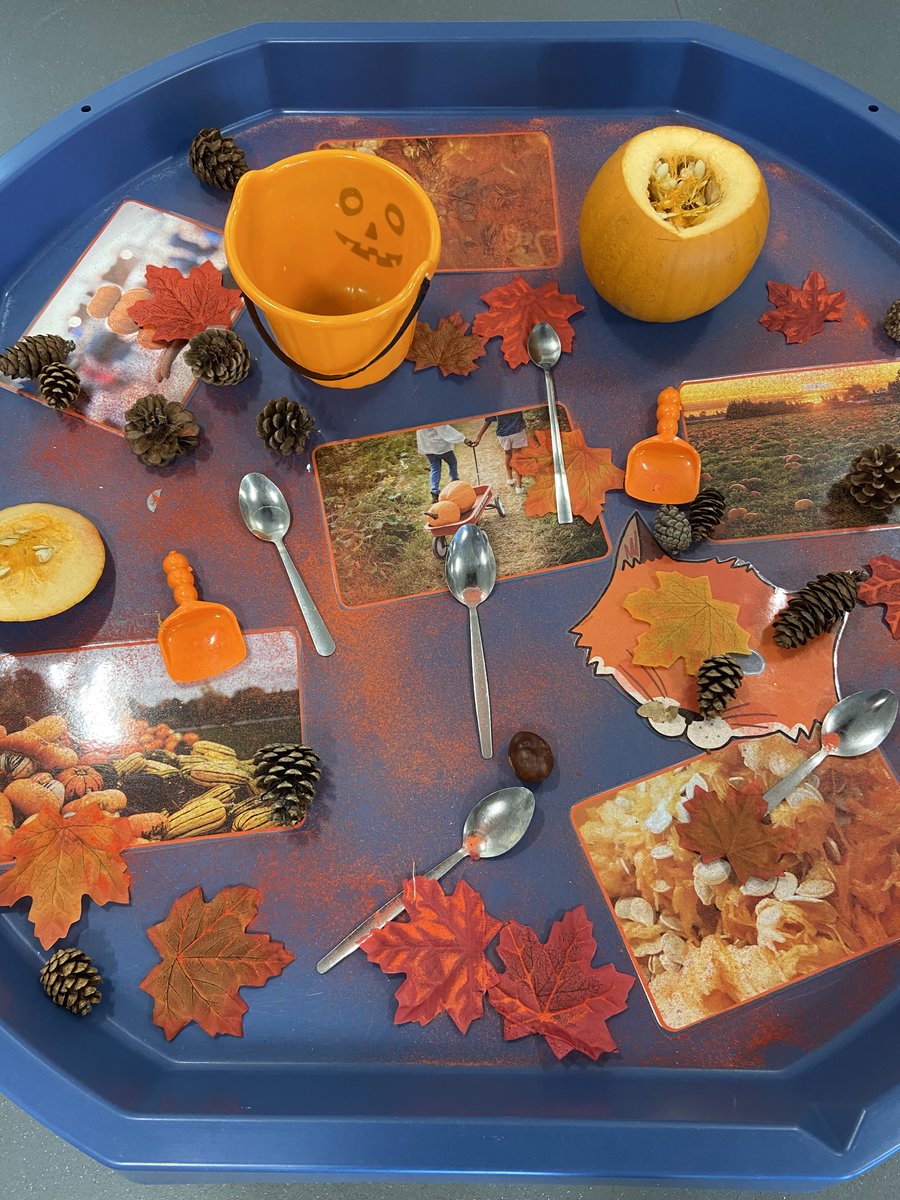 There have been some fabulous things happening in nursery this week. Children have been learning all about Diwali, exploring Autumnal produce and looking at mixtures! https://t.co/48VuSMUxJA 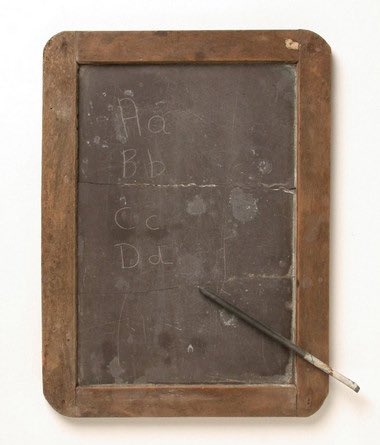 A big thank you to all of the parents and carers who came and watched our Harvest assembly this afternoon, it was a brilliant turnout! 🍁 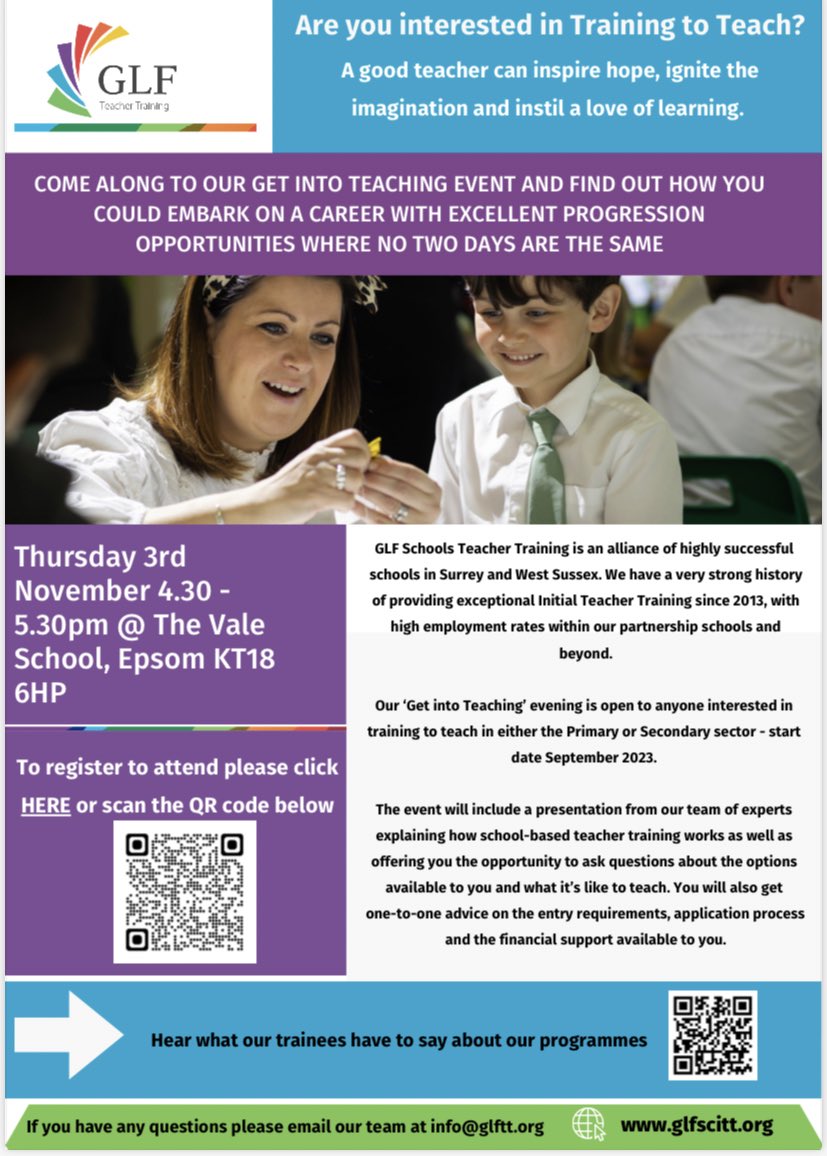 Are you interested in training to teach? A great opportunity to find out how you could embark on a career in teaching with the support of @GLFSchoolsSCITT! https://t.co/IC0qGhUbYN

A huge thank you to all of the families who have made donations to our @CrawleyOpenHse appeal, we really do have a wonderful school community. Our value of 'giving' has been shown in abundance! 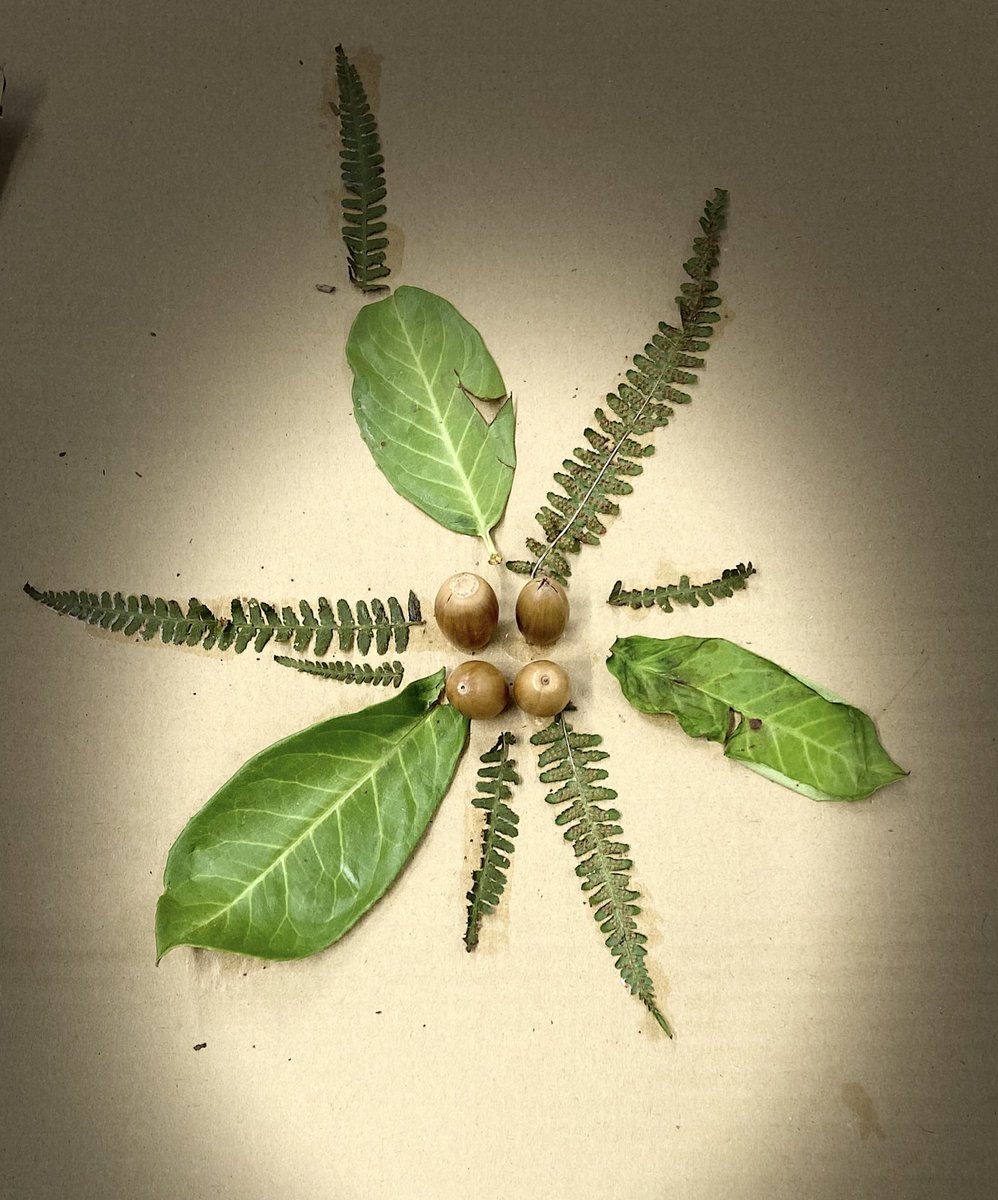 Here are just a few of the fantastic pieces of artwork created by year 3 with items collected on their ‘Autumn Walk’ last week. They look forward to sharing many more in the Harvest Assembly this week! 🍁🍂 https://t.co/osgbWTL2lK

Celebrating a decade of collaborative success

Kilnwood Vale Primary School is joining our GLF colleagues in celebrating a decade of partnership working which started with Glyn School and Danetree Primary and now has more than 40 schools, including our own since 2019.

October sees the milestone anniversary of the two schools working together to lay the foundations for what, a decade later, has become GLF Schools, with 41 secondary and primary schools across five different local education authorities.

GLF’s CEO Jon Chaloner was head teacher of Glyn when it began, and has since moved to his current position, covering the whole group and guiding that initial partnership onwards, outwards and upwards to what it has become today.

He said what began out of necessity soon emerged as an opportunity for something much bigger and more innovative.

“At the end of September 2010, Danetree did not have a permanent head teacher, so the local authority asked local schools for their availability to help,” he said.

“Glyn was a National Support School and I was, and still am, a National Leader of Education, so the motivation was simple. Danetree’s children needed leadership as soon as possible, so we put together a team to help, and things developed from there.”

Glyn had been through something of a transformation of its own with its Ofsted rating moving from satisfactory to outstanding across the course of seven terms between 2006 and 2009, so Jon said it was clear that they were in a position to lend a helping hand.

“We were ideally placed to share our experiences of a rapid school improvement journey but we soon learnt how the primary sector was different, so we couldn’t just replicate what we’d achieved at Glyn,” he said.

“This has proved to be a valuable lesson for what GLF has gone on to become. One size does not fit all when it comes to schools, and things need to be made to measure. We always bear that in mind.”

The collaboration was important for both schools and current head teacher at Glyn, Matt Duffield, explained: “The journey in school improvement that Glyn has been on since the partnership with Dantree began in 2010 has been remarkable. We are delighted that this association has developed into a much richer and broader relationship with the 40 other schools and 15,000 children.”

Long-term planning and learning lessons for future projects were nowhere on the agenda at this point, however.

“The partnership was only intended to last for that one academic year,” Jon continued.  “Link-ups of this sort between schools were becoming common at that time, but this was the first occasion in Surrey where a primary and a secondary school had teamed up that way.

"It was a win-win situation, though. Danetree needed leadership to address matters from its Ofsted report the previous year, and it was a great opportunity for Glyn’s 12 Advanced Skills Teachers to gain more experience in that field.

"Unintentionally, it soon became clear how much both sides were benefitting from the experience, and how advantageous it might be to pursue it further.”

The head teacher at Danetree school Bethan Smith said the school had ‘benefited unreservedly from the support provided by GLF.

“As a result of effective partnership working, sharing expertise and learning from one another, Danetree has gone from strength-to-strength. The highly skilled central team provides support and challenge, which has enabled all schools within the trust to work effectively to achieve a common goal. I feel privileged to be part of the academy trust,” she said.

A subsequent Ofsted inspection in November of that year noted Danetree’s improvements as a result of the partnership, so much so that the local authority asked Glyn’s governors to extend it for the year 2011-12, which Danetree’s governors welcomed. This later became permanent, and as Glyn was an academy, Dantree converted to being one as well, and in September 2012 GLF Schools was founded.

Shortly after this, GLF Schools received an approach from the governors of another local school, Cuddington Croft Primary, and later that year the Department of Education identified Glyn as a potential sponsor for several other underperforming Surrey primary schools, with four more schools joining in autumn 2013, and two brand new primaries also signing up. GLF Schools was starting to grow, and has continued to do so, but only as and when it feels right.

“Today GLF comprises schools that have chosen to join, brand new schools that we have opened and also three more sponsored schools where there was a record of underperformance,” Jon said.

“The blend of schools is strategic, rather than a random collection. Expansion has needed to be based upon the geography of our existing schools as well as being in a position to support all schools, whatever their performance at that time.”

Despite many schools now bearing the GLF brand, Jon says the priority has always been the individuality of the school, not the group identity. “We always aim that schools should retain their individual identity and place in their local community, with our identity being less prominent,” he said.  “One thing that I hope does unite us all, though, is the message of being stronger with us than without us. That was the philosophy when it was just two schools, and it remains the same now.”

GLF Schools’ greatest achievement over the last 10 years, Jon says, is the pupils its schools have produced. “Their personal achievements are vast and these are enabled through the partnerships between home, school and the trust,” he said.

“Our schools are bound by a sense of purpose for our children and their families, and our leaders and governors contribute in many ways to the group’s continued development. We are one team, with many shared aspirations for each school.”

The past 10 years have taken an initial two schools on a journey to something much bigger than anyone involved at the start could have anticipated, and when it comes to looking forwards, Jon is happy to keep his head down and continue encouraging the good work across the group.

“In five years’ time we’ll still be here, supporting schools to be the best they possibly can be,” he said.

“Education is essential for our society. Our schools will continue to be schools for their local communities, a place where all children who attend have the opportunity to ‘grow, learn and flourish’.”

Also In the News

Kilnwood Vale Primary School is committed to safeguarding and promoting the welfare of children and expects all staff and volunteers to share this commitment.